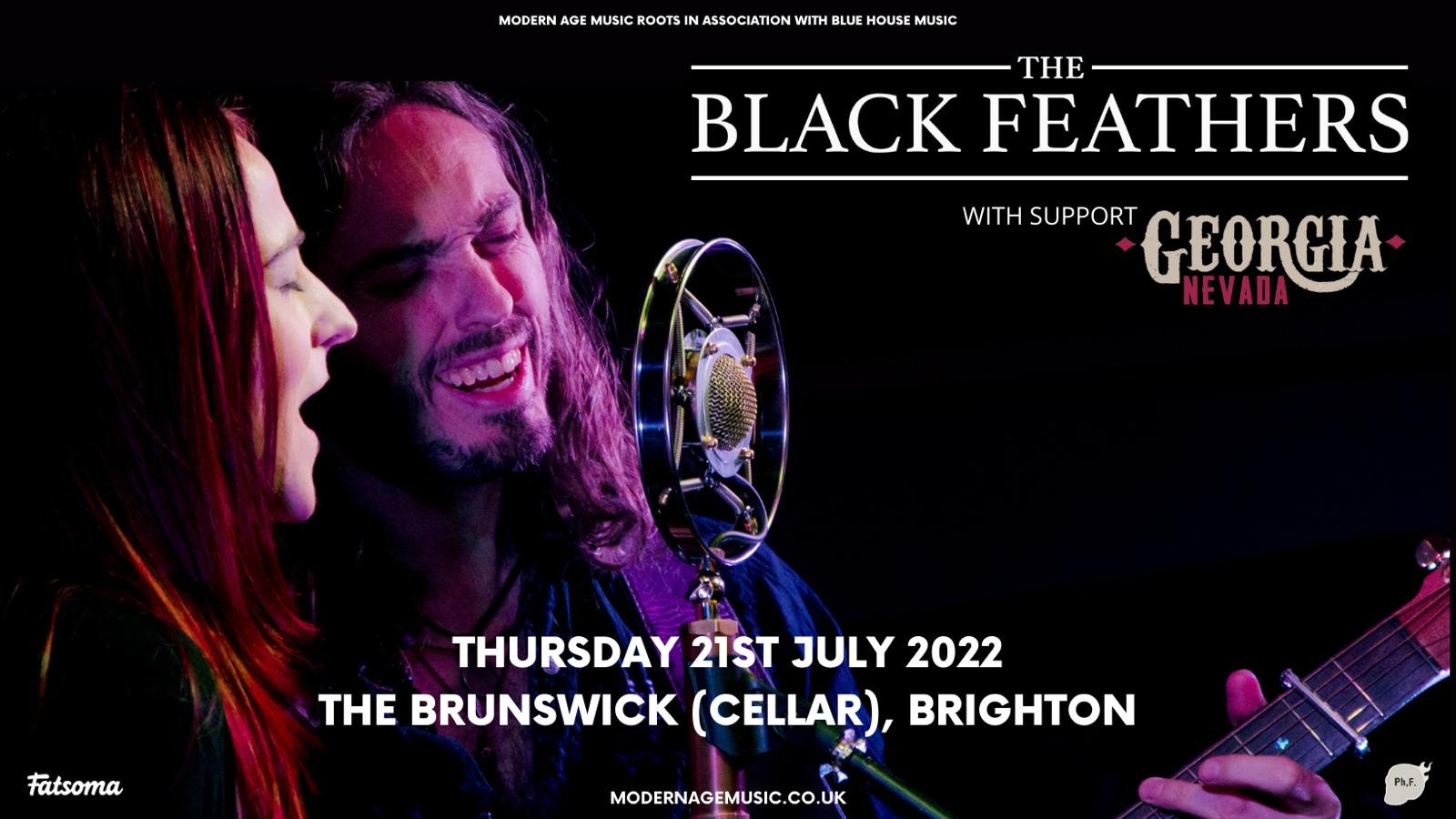 The ability to write songs that are both modern and ancient is a rare thing. The product of an arcane art of weaving in traditional influences so thoroughly that they become the warp and weft of fresh creations.

The Black Feathers, made up of Ray Hughes and Sian Chandler, are two such talents. They first became aware of the magic between them while collaborating on several musical projects, becoming The Black Feathers and life partners in 2012.

“Once in a blue moon, the whole soars far above the sum of its parts. That’s what happens when The Black Feathers perform live”

Americana, Folk, and Acoustic Indie Rock sensibilities coexist comfortably in their musical world, with Hughes’ guitar work buoying the kind of harmonies often only heard in family bands. Their music quickly draw the interest of listeners, but it is the stage chemistry that will keep them riveted.

Having already built up a loyal following in the UK, The Black Feathers have been spreading their wings across the US. They have performed at Philadelphia Folk Festival and AmericanaFest, and have also been awarded official showcases at the North East Regional and Far-West Folk Alliance conferences.

With a new single and a live album in the pipeline, these are exciting times for what FATEA refer to as “a duo of undeniable talent”.