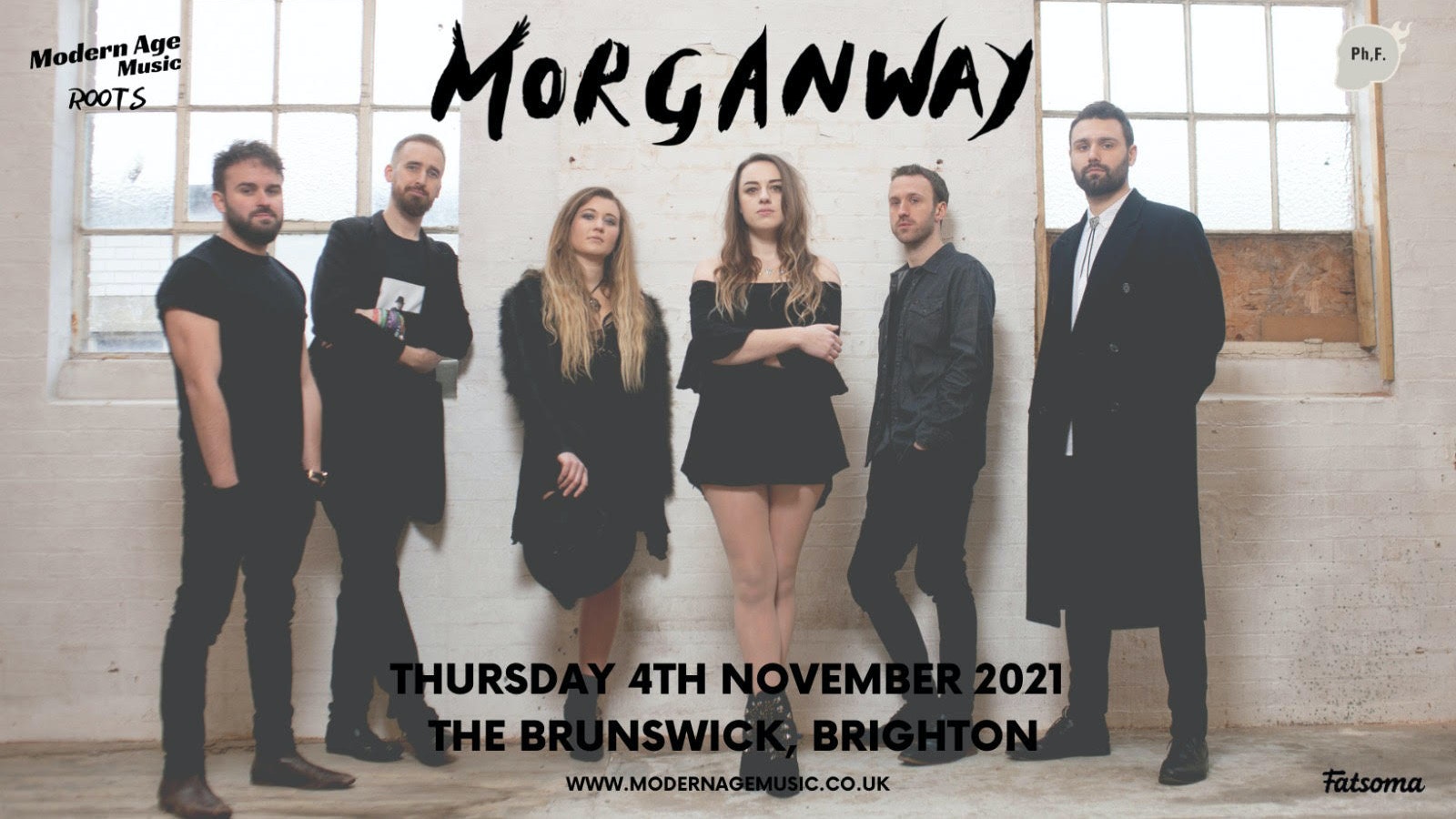 Morganway live at The Brunswick, Brighton

Morganway  live at The  Brunswick, Brighton

Striking six-part harmonies, energetic rhythms, catchy songs and a fiercely formidable live act – Morganway have made quite the impression on the UK’s rising Americana scene. Part country, part rock, with sprinklings of folk and something else entirely, it’s not easy categorising the band’s “delightfully unconventional sound” (Desperately Lost City).

With a summer of festivals including Glastonbury, Black Deer and Millport Country festival, sell-out shows in
London, a national tour with CC Smugglers and a British Country Music Award Nomination for UK Band of the Year; Morganway have caught the attention of Whispering Bob, and were described by Maverick Magazine as “One of the best and most exciting prospects to emerge in a long time.” The unforeseeable Coronavirus pandemic saw the band take a step away from the live scene to focus on writing. Now with new music and shows on the horizon, 2021 promises to be the next exciting chapter for Morganway