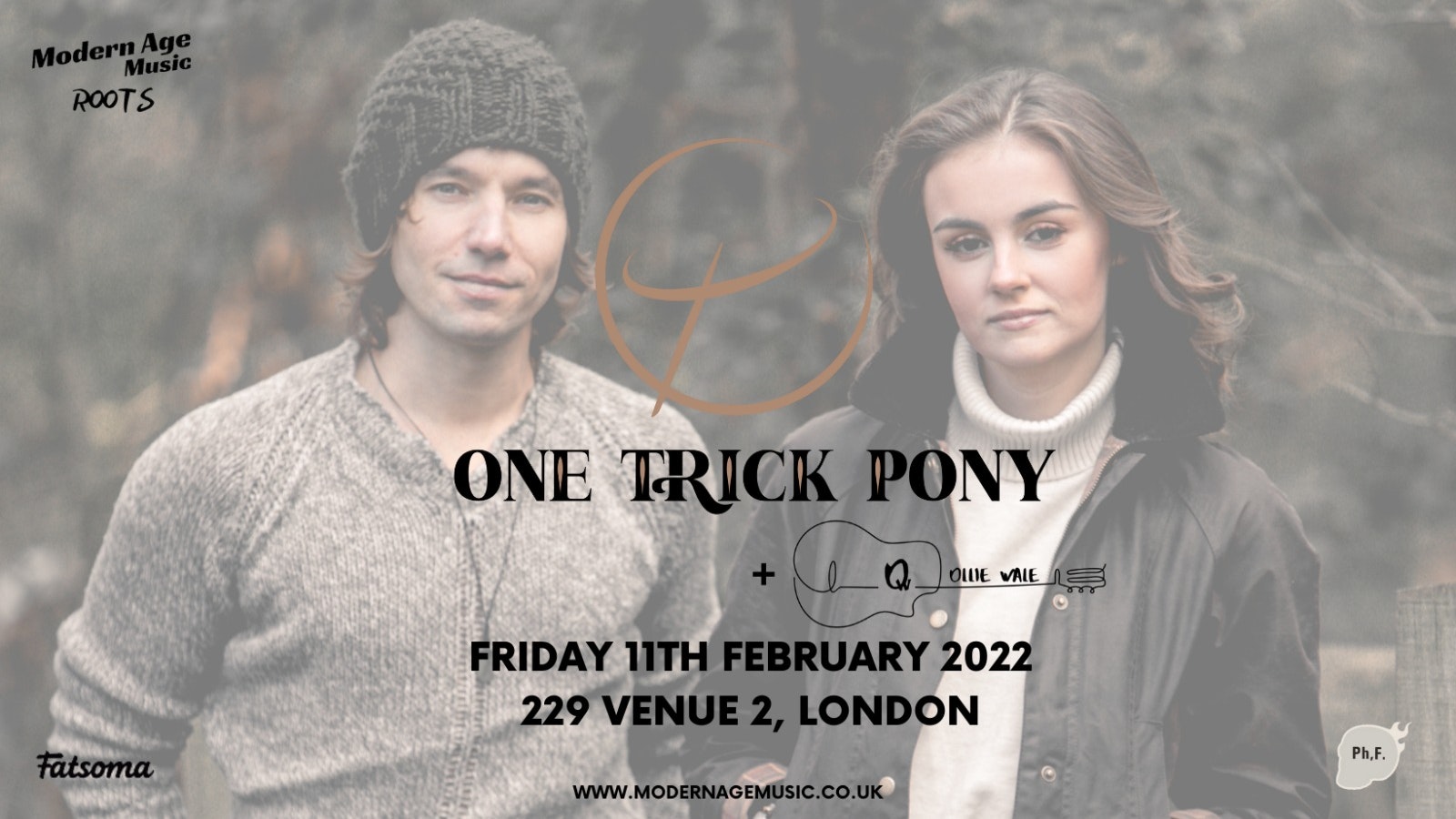 One Trick Pony are a Northern-bred, London-based, emerging UK Country Duo
composed of Georgia Lennon and Michael Pickering. In December 2020 the duo arrived onto the country scene, presenting a double-debut release across all major music platforms including Spotify, iTunes and Apple Music – to name but a few – reaching Numbers 6 and 7 in the iTunes Charts and receiving much critical acclaim. Their debut singles; ’You’re That Face’ and ‘Always Home’ are available for download and streaming across all platforms, receiving airplay features on recognized radio stations such as Chris Country/Country Line, UK Country Radio, ARC Radio and the British Country Music Association Radio.

The duo have some super exciting engagements lined up for this year, including an
upcoming partnership with Together We Stand UK. ‘On-the-rise British country music duo One Trick Pony are looking to build on the impressive success of their previous double single release in December of last year, which saw them arriving onto the scene with a major splash’ – Sway
Country ‘There is something truly magical about the way their two voices blend perfectly together to create a striking, and luscious harmony and with their newest single [Old School] they showcase their vocal prowess, and strong storytelling talent like never before as they usher in a new era that promises to be filled with huge success.’ –

Music and Tour News ‘Georgia and Michael on joint vocals makes for magical listening, as their harmonies are so beautiful’ –

BringCountry2UK ‘They have been a huge success and propelled the band to being one of the best in the British country music scene.’ – No L Agency ‘’Always Home’ and ‘You’re That Face’ are amazing debut singles’ –

Music City Memo ‘Their connection, evident within their music, is something very special and unique to the duo.’ –

Forever British Country ‘One Trick Pony are a stellar duo who deliver solid acoustic-based offerings laced with modern-day production styles allowing for them to create a dynamic soundscape that is 100 percent uniquely their own.’ – Music and Tour News