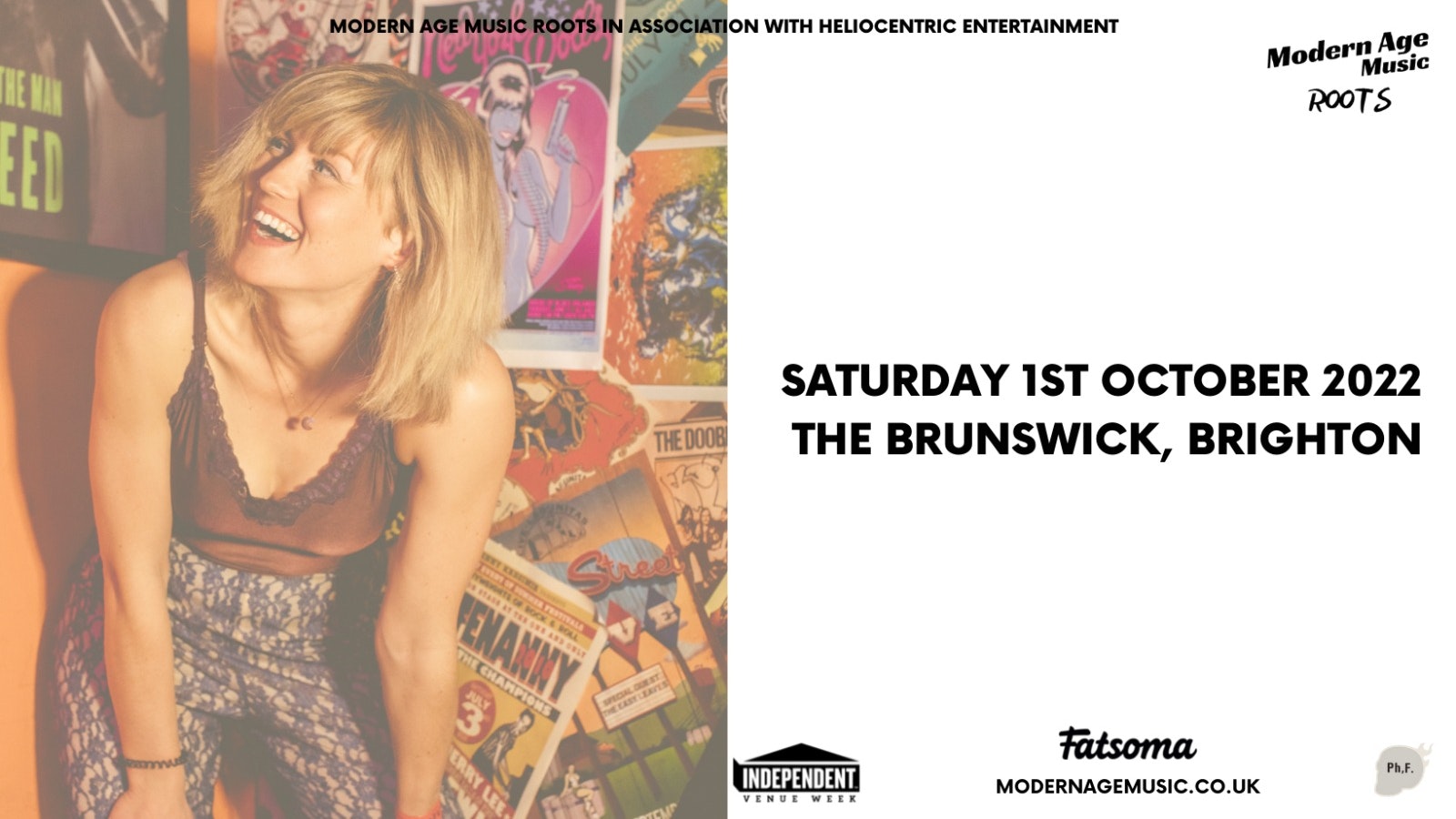 Megan O ‘ Neill live at The Brunswick, Brighton/Hove In association with Heliocentric Entertainment.

Irish born singer – songwriter
Megan O’Neill released her second full length studio album this year (March 12th, 2021) – titled
Getting Comfortable with Uncertainty. This much anticipated album follows her last release,
Ghost of You
(June 2018) which hit #1 on the iTunes singer/songwriter charts in the UK and Ireland, and two EP’s previous to this (Coming Home,
2015 and Stories to Tell,
2017).

Time in a Bottle, the bonus track off the new album, featured on episode one of

hit Netflix TV Show
Firefly Lane. One week later, she performed the song live on the
RTE Late Late Show – reaching an audience of approximately 2 million and the single charted that same weekend in Ireland across all genres.

Alongside her releases as an artist,
Megan writes for many other artists across the world in multiple genres. Over the coming 12 months, she has some incredibly exciting releases on the horizon with artists in the UK and Ireland – yet to be announced.

Megan also works independently as a songwriter with multiple publishing houses, writing to brief for sync projects and for other artist projects.

To date
Megan has toured the UK, Ireland, US and Germany. She has performed at private Oscars’ parties in LA alongside Gavin James (on invite from JJ Abrams) and has had her song ‘Don’t
You’ featured on ABC’s hit TV Show ‘Nashville’
(Season 3).
Megan has opened for the likes of Sir Tom Jones, Lighthouse Family and Jamie Cullum (to name a few).

Deemed a “rising star” by u Discover and Timeout Magazine London,

Megan’s songs have received great attention over the past year – including her recent single
Ireland, which hit over 400,000 views on social media during release month and was shared by major media outlets
Joe.ie, Her.ie, Image Magazine, Irish TV and more. The video was also picked up and shared by none other than

Olivia Newton-John as well as being added to the
RTE Radio 1 playlist for three weeks running.