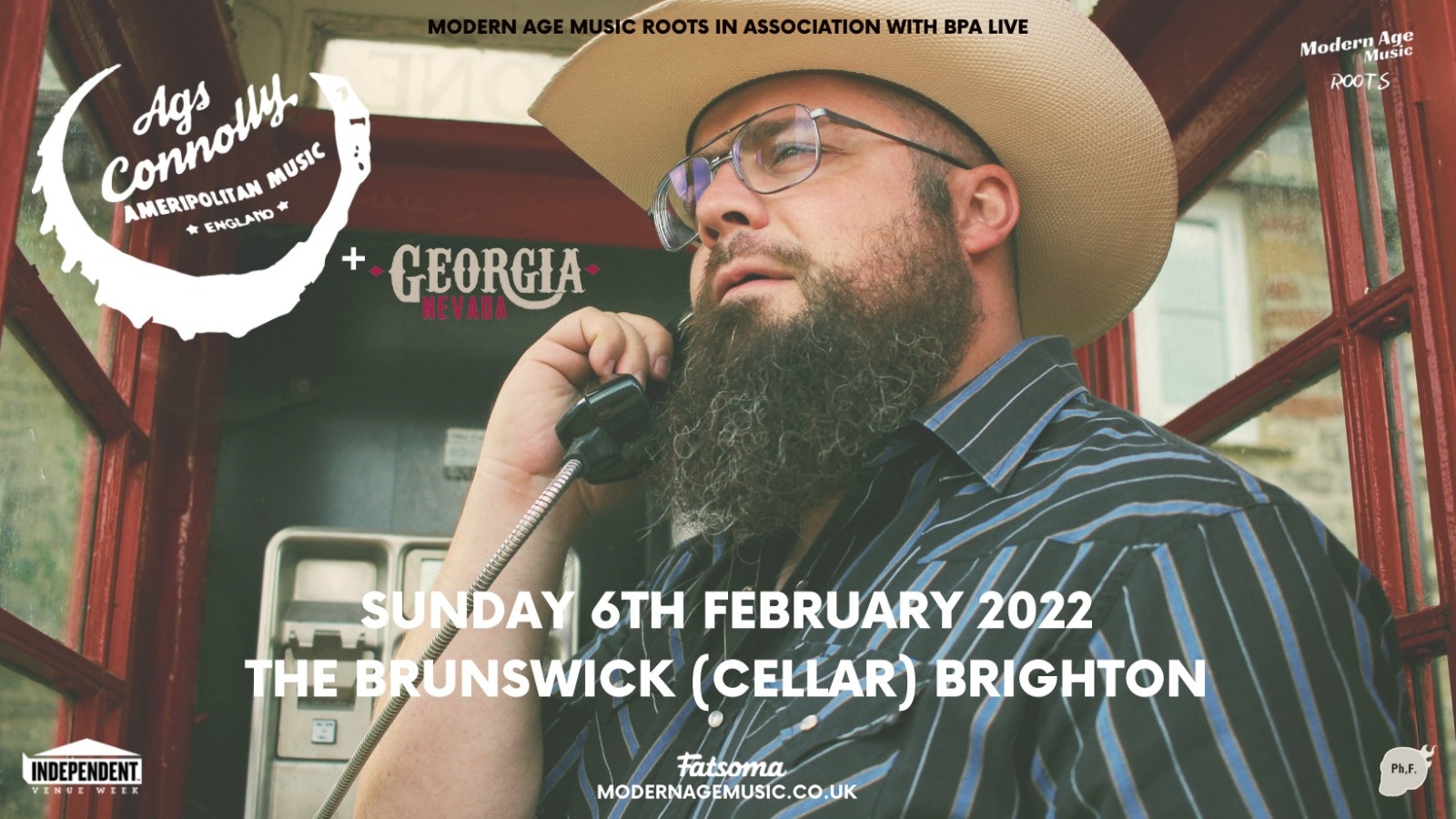 Ags Connolly is a traditional country artist from England, considered to be one of the best country singer-songwriters ever to emerge from the UK. Described by Country Music People – the longest-running country music magazine in the world – as “a national treasure”, Ags’ third album ‘Wrong Again’ was released in November 2019. It was named Album Of The Year at the UK Country Music Awards in 2020. The Oxfordshire native is a constant presence on the UK and Europe touring circuit, sharing stages over the years with the likes of Rosanne Cash and Dale Watson whilst continuing to defend the last outpost of the genre’s traditional roots.