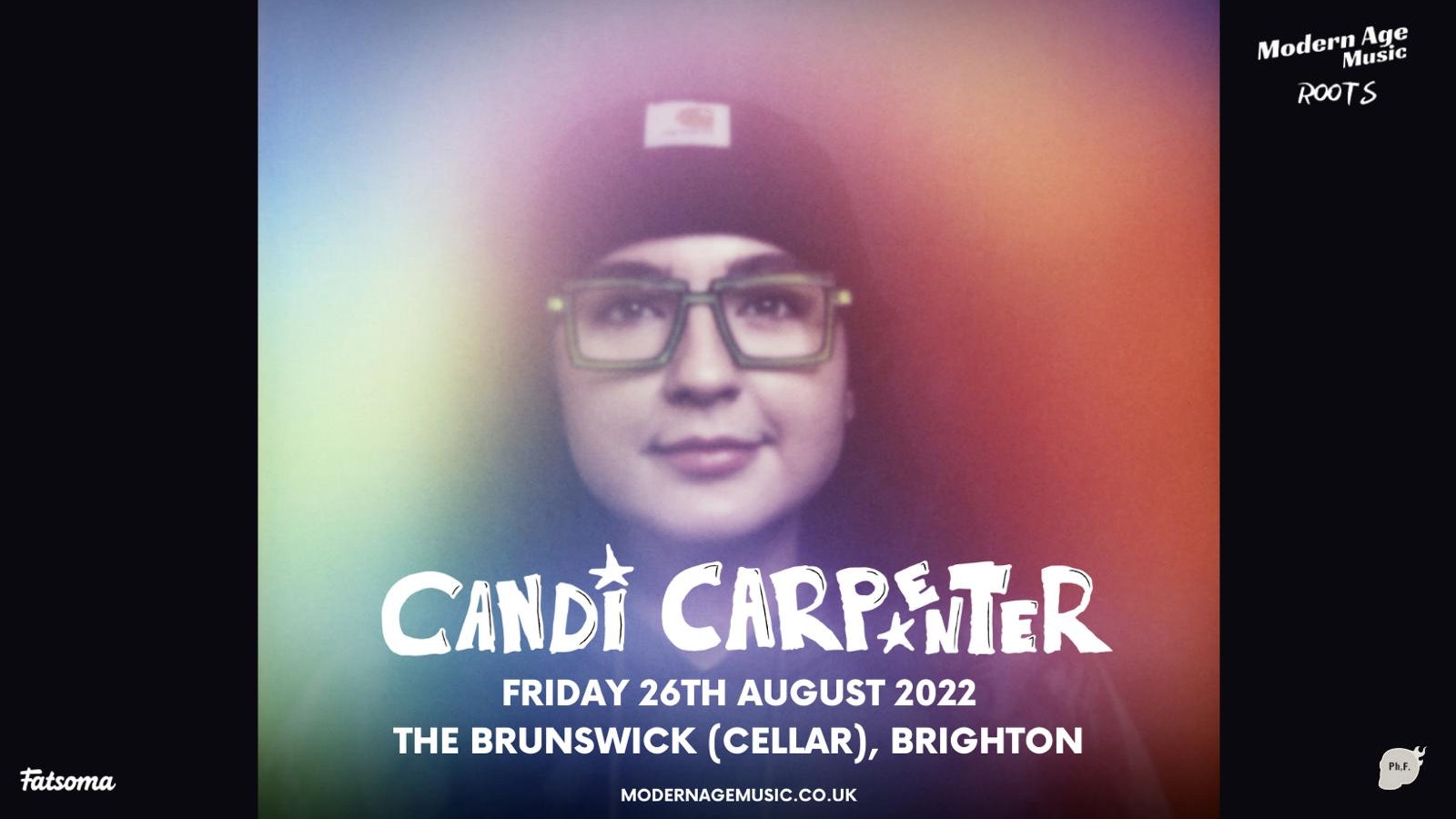 Originally from Lansing, Michigan, Carpenter spent her early childhood touring the Midwestern United States with her family’s gospel band, The Carpenter’s (no, not the famous ones). At age fourteen she traded high school for the stages of Nashville, Tennessee’s Lower Broadway bars. In 2019, Candi made her Grand Ole Opry Debut, and returned to the hallowed stage later that year to perform “Little Sparrow” on the BBC’s “Dolly Parton: 50 Years at The Grand Ole Opry.” Dolly has been quoted as saying, “Candi Carpenter is one of the greatest singer/songwriters I’ve ever heard, bar none. I became a fan when I heard some demos and said, ‘That girl’s a star. I think you’ll agree.’”

When The Asteroid Comes, Candi’s debut solo EP released in April of 2021, was produced by Grammy Award winner, Brandi Carlile, who also contributed background vocals to the project. Brandi told Forbes Magazine, “Candi has a story to tell and a voice that is honestly out of this world.” Carpenter’s side project, Church of Roswell, also released an EP in 2021 and made their overseas debut virtually during Americanafest UK. Here Comes Church of Roswell consists of five new songs that embody the group’s affinity for mysticism, introspection, and honesty, and features Jason Isbell’s band, the 400 Unit. Already receiving critical attention, UNCUT praises, “In another timeline, Church of Roswell would be that perfect slow Sunday-morning festival discovery, as if The Lonely Island were a boy-girl country duo who watched too much X Files…their voices are sweet and strong, even when they’re singing about true crime podcasts and ‘the problem with werewolves.